Need a reason to snack?

No way but ……….I have one main reason anyway.

There are hippies out there that say if you’re hungry you should eat a goddamn meal. But there’s million dollar strategy to going the low calorie snack route. I seriously need a large filling meal at the end of the night. How can I afford a large evening meal while working towards my aesthetic goals? The answer is a low calorie, high volume snack to hold me over until the evening. Eat a first meal then a snack then a large dinner. That is my strategy.

I know that doesn’t sound glamours but that’s what I’ve got to bring to the table. Now on to the properly weighed (with a scale) recipes.

All recipes can and should be tweaked to fit your taste & goals.
Don’t mind some of the hemp seed garnish on some of the recipes.
It’s not included in the calories. 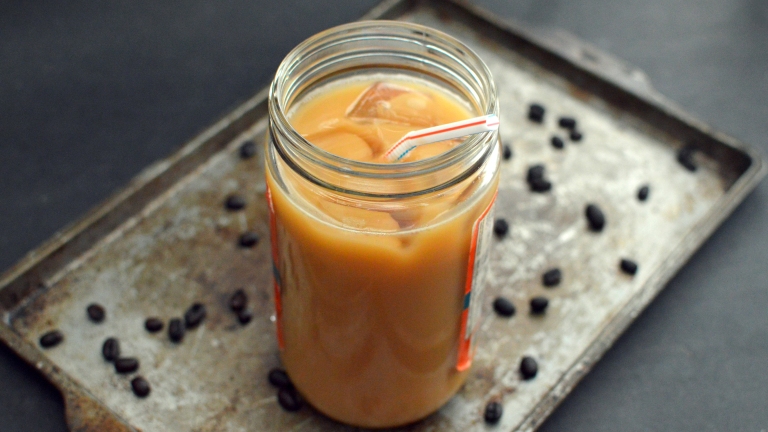 Liter of Vegan Iced Coffee – 35 Calories
99% of the people who do intermittent fasting employ some sort of stimulants to curb their appetite so that they can save more calories for later. Now to throw a curve ball, I always use fancy decaf coffee beans so I can’t speak the power of stimulants.

Maybe it’s the power of hydration? A liter of liquid in one sitting is substantial. And don’t believe the myths. As the internet giveth the internet takeths away. And according to the internet (and webMD) “Coffee and tea also count in your tally. Many used to believe that they were dehydrating, but that myth has been debunked. The diuretic effect does not offset hydration“

Getting of my soapbox now. PEACE

Large Vegan Hummus Wrap – 208 calories
Most hummus is 50-80 calories a serving but trader joes eggplant hummus is only 35 calories per serving. You can find it in the chz section of the store. If you don’t have access to this type of hummus either use less regular hummus or make this low cal hummus recipe. The trick to making this large is LETTUCE.

I like bags butter lettuce (aldi!) because it’s soft and won’t tear up flatbread like romaine does.

Massive Bowl Of Watermelon – 200 Calories
670 grams of watermelon or 1.4 lbs is 200 calories. Well, I guess it really depends on how sweet the watermelon is but for all intents and purposes we’ll go with the internets calculation.

This may be throwing myself under the bus but some fruits seriously do nothing for my satiety. Some fruit I can eat huge a volume and feel like I’ve eaten nothing. I avoid those fruits unless I’m really craving them. 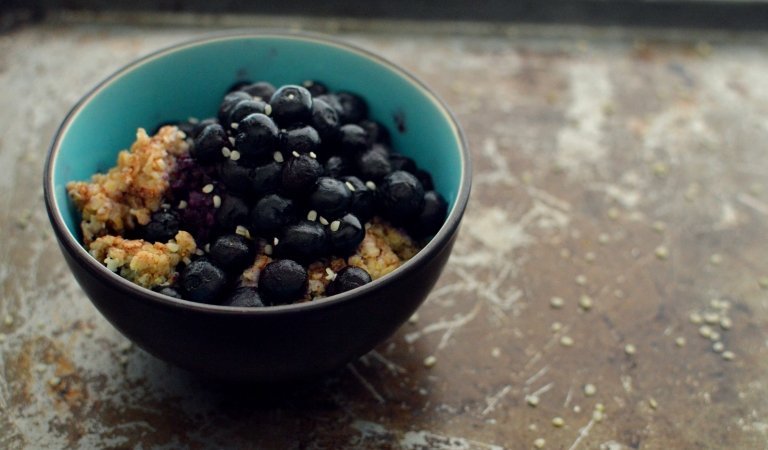 *a week after I posted this I ran out of blueberries and ended up using frozen pineapple. Holy hell! Hail pineapple + oatmeal. Try pineapple instead!!!!!!

I know oatmeal does not work for a lot of people. I actually thought I was that person. Granted I don’t have a long relationship with oatmeal but I figured my oatmeal problem came down to 2 issues.

Here’s my solution: Don’t add sugar. Add blueberries. Lots of them. Frozen ones from Aldi because they’re cheap as fuck. Maybe 12 oz for $2?

I can not vouch that my experience will work for anyone else. But the fiber and carbs keep me solid. If it was sugary sweet it would create problem #2 but this is a humble mix between bland and delicious. As a result it’s my perfect snack when I’m hungry but not craving anything in particular. It doesn’t create cravings, it’s cheap as fuck and takes 2 seconds to makes. Hallelujah 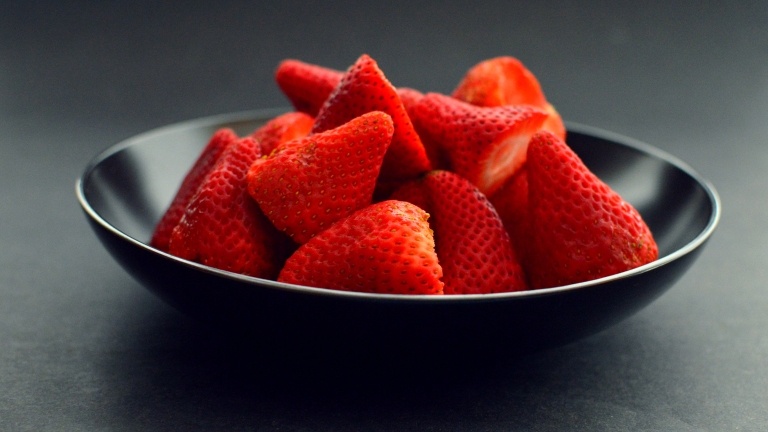 2 Servings of Protes (Nacho) – 240 Calories
Protes are vegan, gluten free, low fat & low carb chips. SAY WHAT?! I first heard of these from another youtubers What I eat in a day video. Dude, she didn’t even show the package but when she said the macros I became a detective. I found their website and used their store locator. Totally into it! 1/2 a bag is 240 calories with 30 grams of protein!!!

Vegan Simple Smoothie – 244 Calories
This is good if you need a simple smoothie to get you through. This isn’t the most mind blowing thing but I’m telling it will do! I used cinnamon in the video because that’s added flavor for no calories. You could use sugar free syrup for sweetness or add cocoa powder for 10 additional calories. Obviously there are ways to make this smoothie epic but let’s keep it simple; banana + unsweetened almond milk.

Easy Vegan Veggie Soup – 219 Calories
If you watch the video you can see this starts off as a super simple veggie fajita bowl. Grilled veggies and bell pepper! All the with help of our amazing thrift store foreman grill. I’d been wanting to turn one of my grilled bowls into a soup so that’s what you see here.

Now there’s a few simple things I would do differently next time. I’d use a little less veggies to save some calories for a dash of soy sauce, agave nectar & a pinch of finely grated ginger! Dude, yes. Like a bowl of Asian soup filled with veggies. Just adding the broth like you see in the video was a bit too bland.

Vegan Cocoa Banana Nice Cream – 234 Calories
Of course banana ice cream is gonna make the list! This is my favorite before bed snack. After dinner I try to keep 250 calories for some sort of banana nice cream situation. Nice cream with cocoa or cinnamon is great when you’re down to your last few calories. So filling!

These recipes are for cheap bastards and rich bitches like myself. If this social reject can master vegan, paleo, and non hippie dishes then all of you fancy pants can make these recipes with your eyes closed. These recipes are budget but bitchin’.